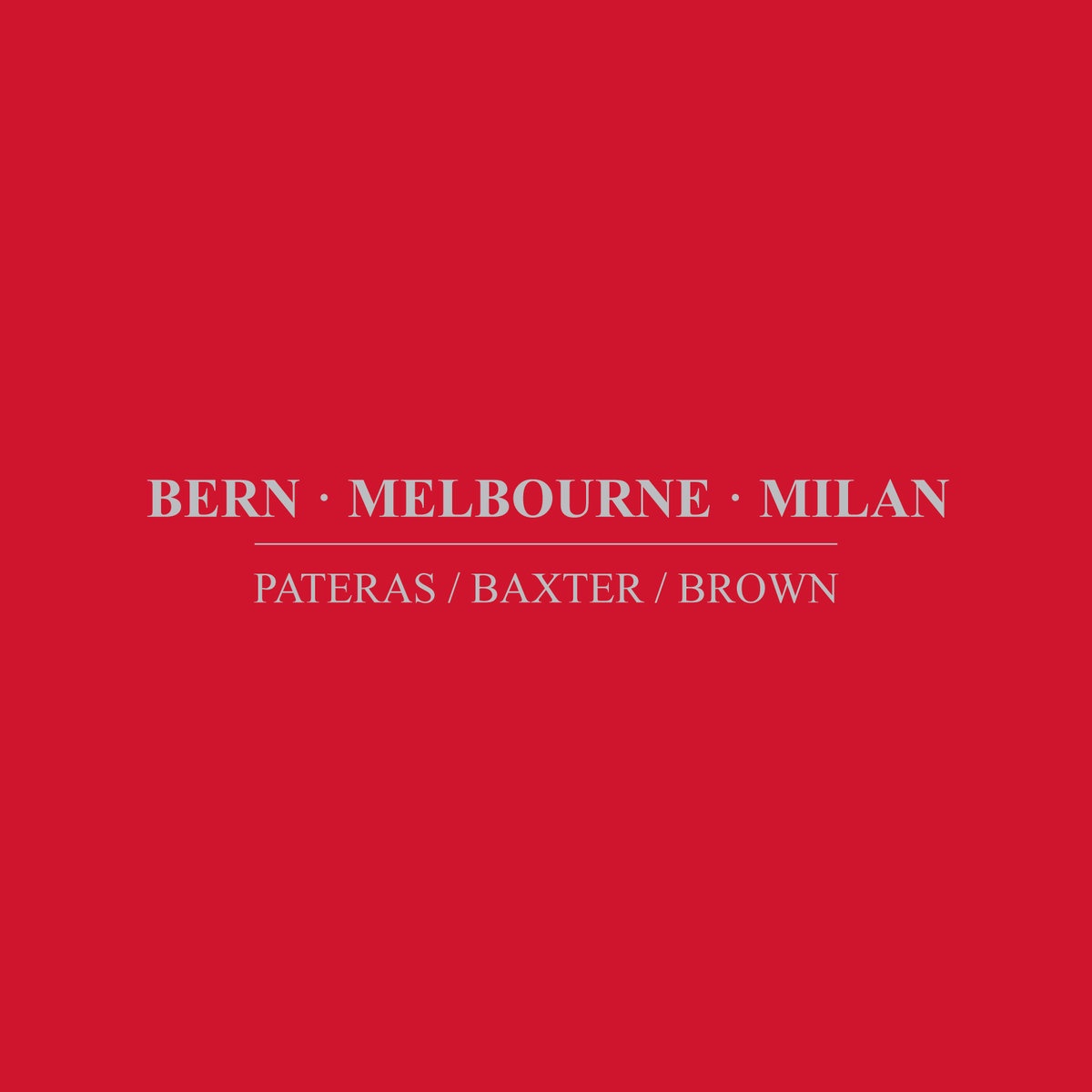 Formed in 2002, Melbourne’s Pateras/Baxter/Brown toured heavily between 2004 and 2008, playing a regular residency at the Empress in North Fitzroy in between extensive European tours. They performed multiple concerts in classical, electronic, jazz, grindcore and avant-improvised contexts while maintaining a unique sonic personality of considerable depth and breadth, gathering a cult following from across the broad aesthetic spectrum they inhabited.  After a 6 year hiatus the band reunited for some new recordings at the Inland Concert Series in 2017, which are paired with a hilarious and legendary show at the Dachstock Reithalle in Bern from 2006. Disc 2 documents their first rehearsal in Princes Hill, as well as their last recorded European concert in Milan after playing a sextet tour with The Necks in 2008.
This is the 14th release in the Immediata series, beautifully presented on ruby recycled cardboard with silver hot stamped text on front, featuring an extended 32-page essay by drummer Sean Baxter. Mastered by Lachlan Carrick at Moose Mastering.