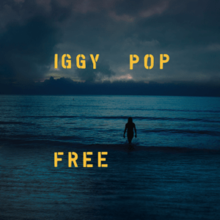 A uniquely somber and contemplative entry in the Iggy Pop canon.  Free has virtually nothing in common sonically with its predecessor (Post Pop Depression)—or with any other Iggy Pop album.  As Iggy says, “Free to recoil from guitar riffs in favor of guitarscapes, from twangs in favor of horns, from back beat in favor of space; and in large part, from the effluent of my own mind and problems, in favor of trying to interpret the poetry of others…so this album just kind of happened to me, and I let it happen.” Iggy's spirit is indeed free on these ten songs.