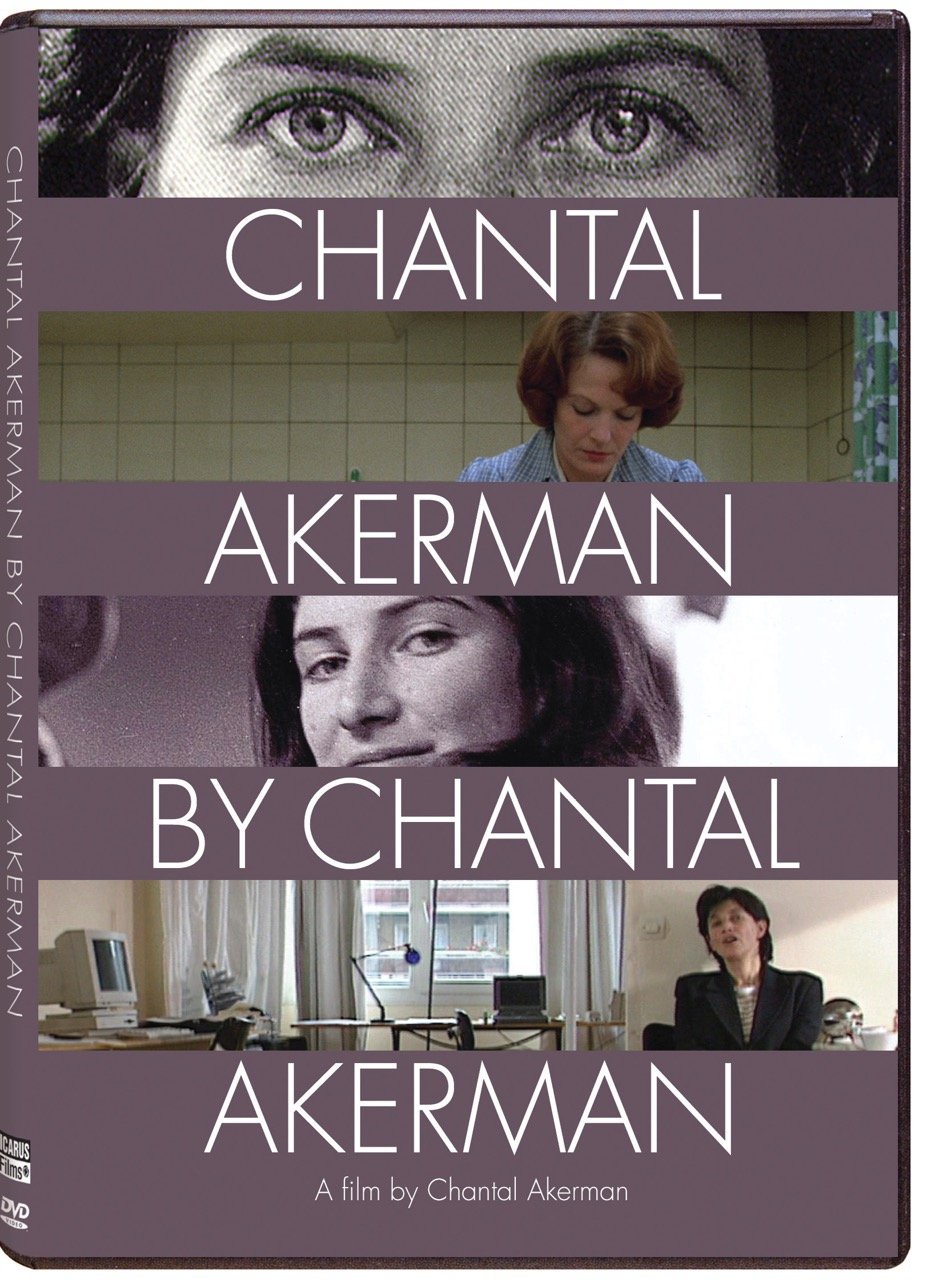 When asked to participate in the Cinema of Our Time series, Chantal Akerman jokingly suggested herself as subject matter. She envisioned a film consisting solely of excerpts from her films, but when pressed by the producers to include footage of herself, Akerman grudgingly agreed, and divided the film into two parts. The first part opens with Akerman in her apartment, reading from a text directly to the camera, describing the problems she encountered making this film. What emerges from this mise-en-scene is a funny, often personal, and always thoughtful confession from this extremely perceptive filmmaker. Part two lets Akerman's films speak for her, taking clips from her extensive filmography and linking them anonymously until they form a new film. There are scenes from JEANNE DIELMAN, her best-known film, but also glimpses of several other works - forays into experimental film, comedic shorts, musicals, narrative features - including an early short that stars a very young Chantal.