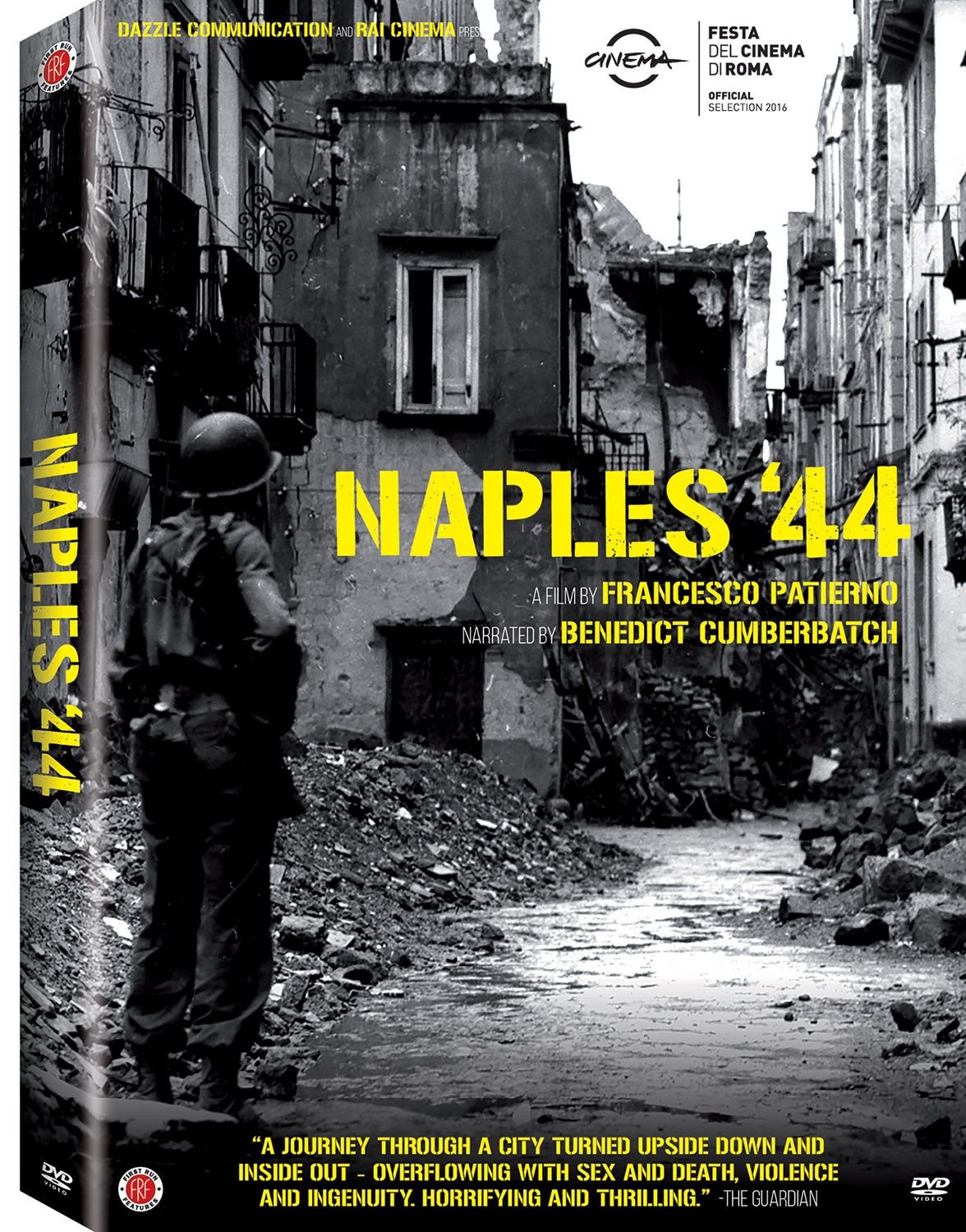 In 1943 a young British officer, Norman Lewis, entered a war-torn Naples with the American Fifth Army. Lewis began writing in his notepad everything that happened to him during his one-year stay, observing the complex social cauldron of a city that contrived every day the most incredible ways of fighting to survive. These notes turned into his masterpiece, a memoir titled Naples '44. Narrated by Benedict Cumberbatch, this new documentary inspired by Lewis's memoir imagines him returning many years later to the city that charmed and seduced him. Combining archival war footage with clips from movies set in Naples from the 1950s and 60s we see a thrilling and unpredictable parade of unforgettable stories and characters: women in feather hats milking cows in the rubble, statues of saints carried by hysterical crowds attempting to stop Vesuvius erupting and impoverished citizens impersonating aristocrats. But this unusual and riveting evocation of a timeless city is also a powerful condemnation of the horrors of war, whether just or unjust.