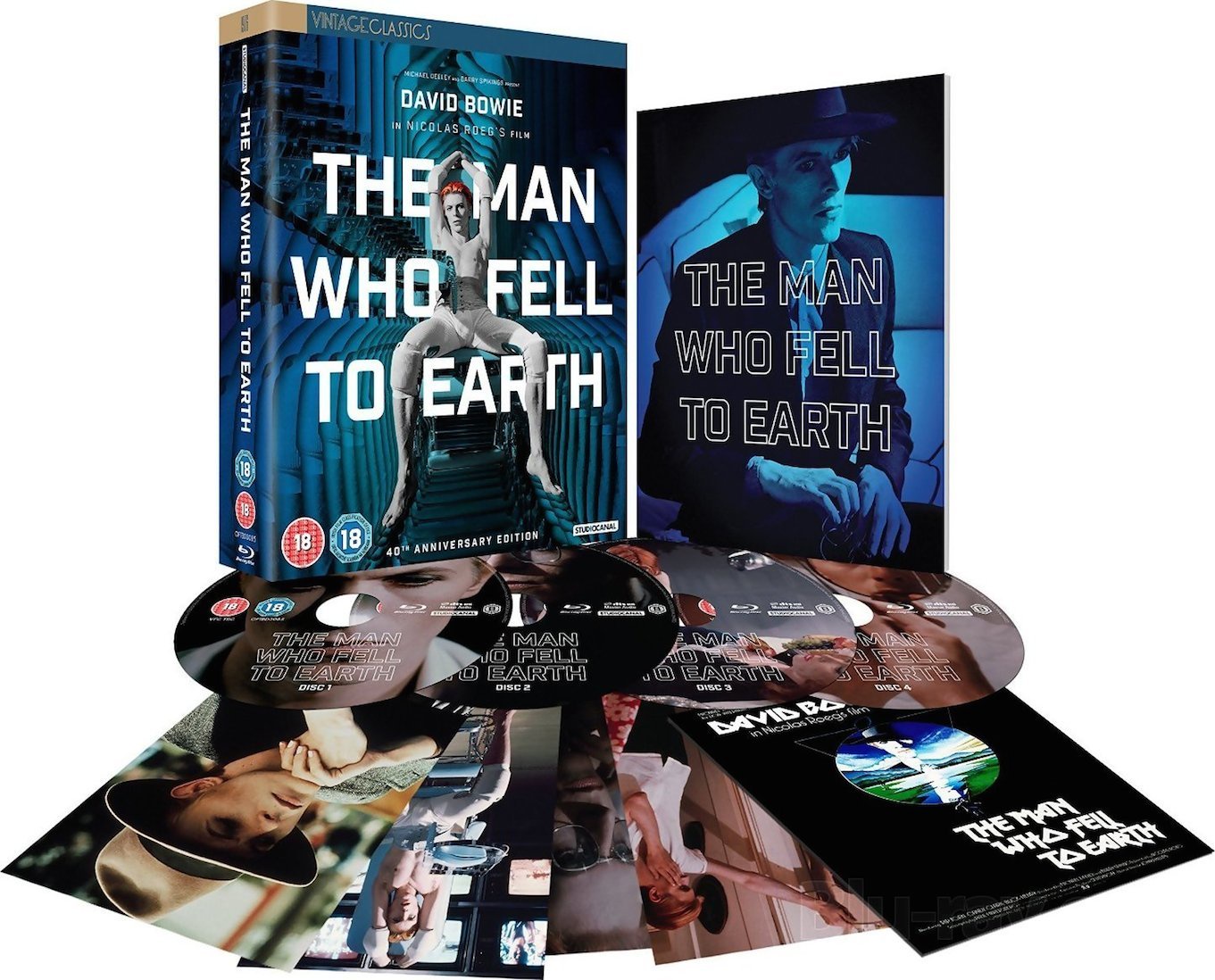 Nicolas Roeg's iconic science fiction odyssey, The Man Who Fell to Earth, has been stunningly restored in 4K to mark the film's 40th anniversary. Featuring a startling and era-defining lead performance from David Bowie in his debut feature film role, and based on the cult novel by Walter Tevis, The Man Who Fell to Earth endures, not only as a bitingly caustic indictment of the modern world, but also as a poignant commentary on the loneliness of the outsider. This edition contains one blu-ray, two DVDs and CD soundtrack by John Phillips. There is also a beautifully presented booklet, press book and art cards.