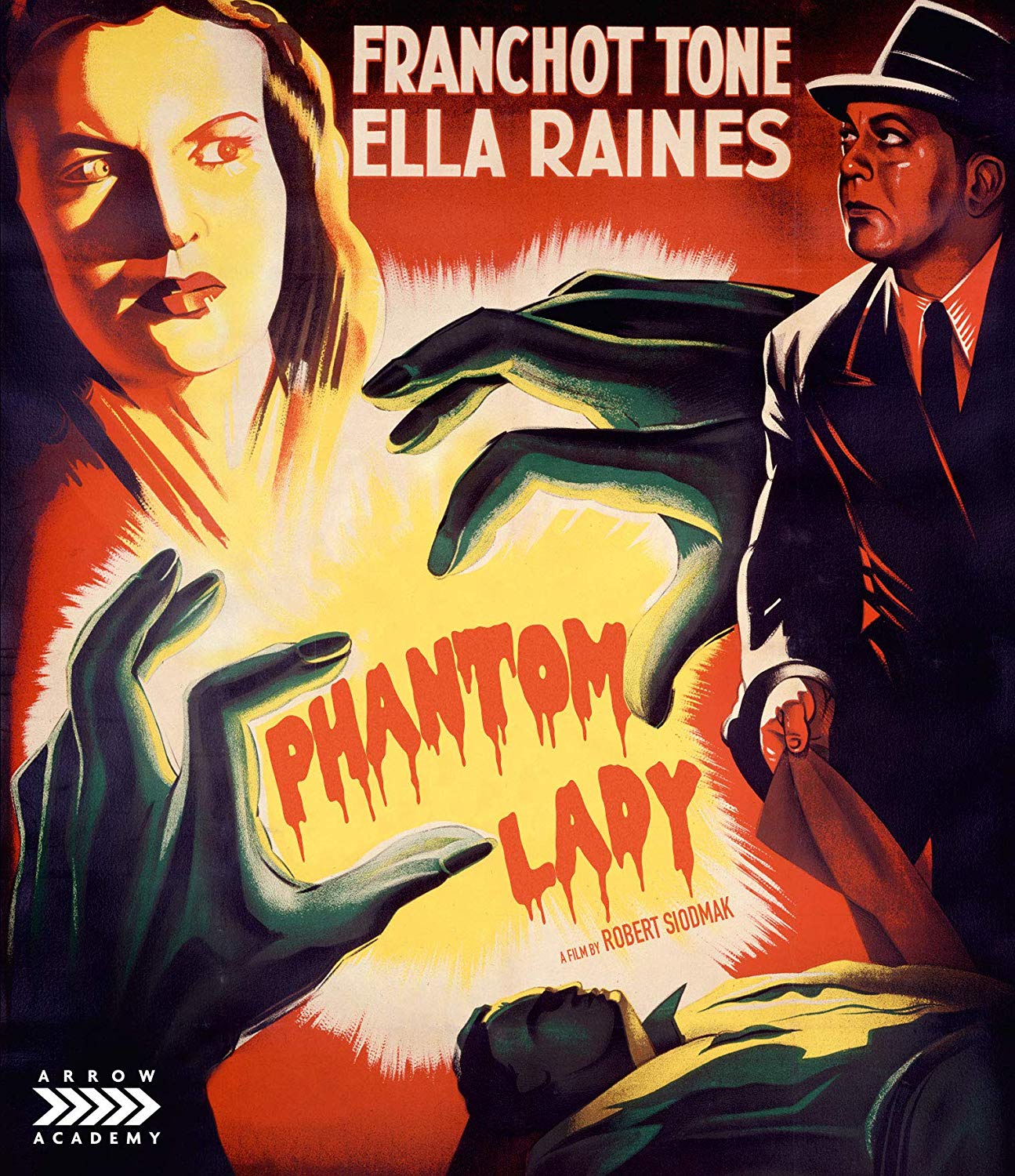 From one of the masters of the film noir, Robert Siodmak (The Killers, The Dark Mirror), comes the consummate crime classic, Phantom Lady. After a fight with his wife, Scott Henderson (Alan Curtis, High Sierra) heads to a bar to drown his sorrows. There he strikes up a conversation with a mysterious, despondent lady who agrees to accompany him to a show uptown but withholds her name. Arriving home, Scott is met by grimly countenanced cops - his wife has been strangled with one of his neckties and he is the prime suspect. He has a solid alibi but his theater companion is nowhere to be found and no one remembers seeing them together. When Scott is charged with murdering his wife, it falls to his devoted secretary 'Kansas' (Ella Raines, Brute Force) to find the phantom lady and save Scott from the electric chair... Adapted from a hit novel by acclaimed crime writer Cornell Woolrich, Phantom Lady boasts stylish cinematography, cruel characters and memorable performances from Ella Raines and Franchot Tone (Mutiny on the Bounty). The film is presented here for the first time in stunning High Definition. Blu-ray disc also comes with bonus features.