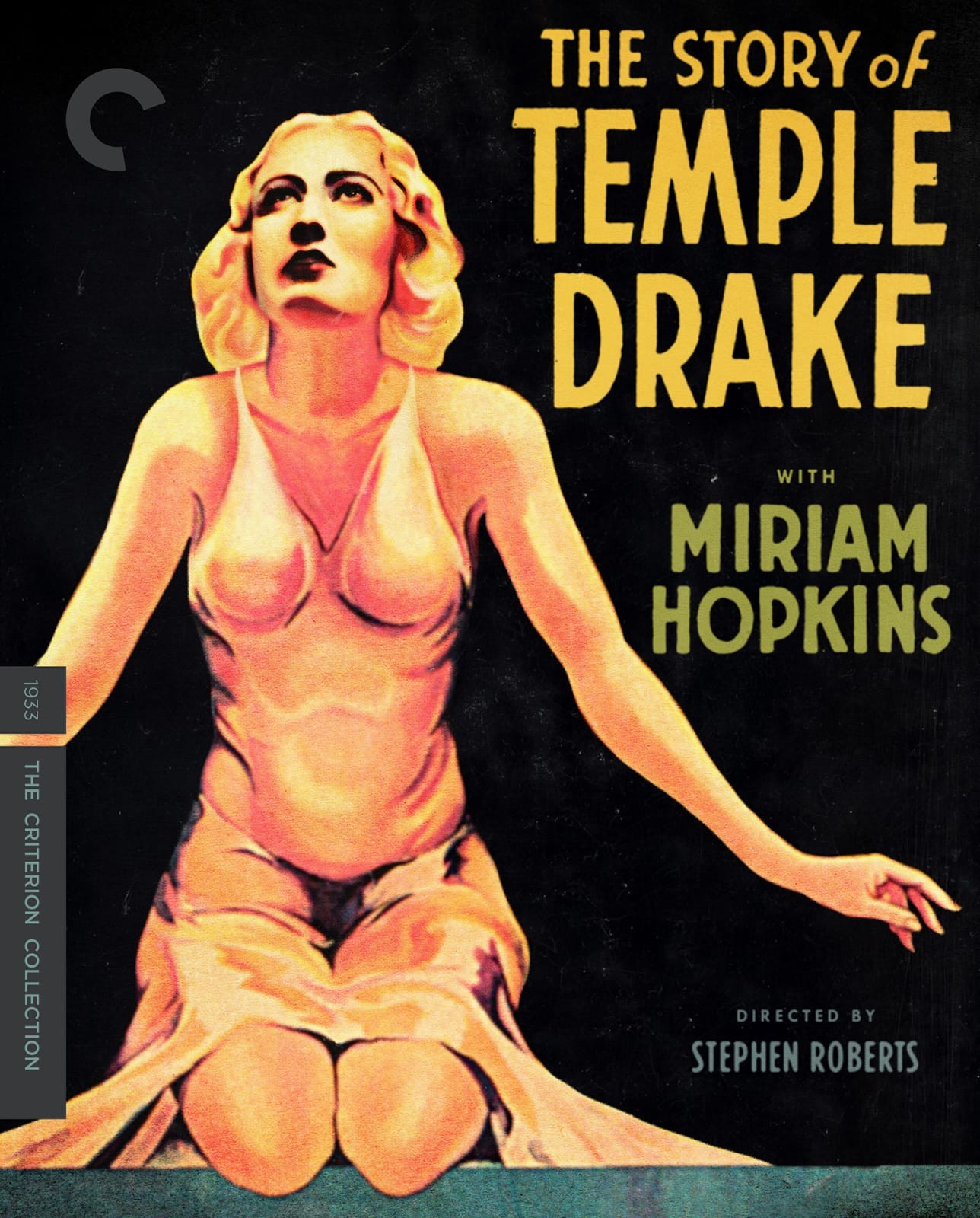 Loosely adapted from William Faulkner’s controversial novel Sanctuary, this notorious pre-Code melodrama stars Miriam Hopkins as Temple Drake, the coquettish granddaughter of a respected small-town judge. When a boozehound date strands her at a bootleggers’ hideout, Temple is subjected to an act of nightmarish sexual violence and plunged into a criminal underworld that threatens to swallow her up completely. Steeped in southern-gothic shadows by influential cinematographer Karl Struss and shot through with moral ambiguity, The Story of Temple Drake is a harrowing vision of sin and salvation that boasts an astonishing lead performance from the fiery Hopkins, whose passage through the stations of terror, trauma, and redemption is a true tour de force of screen acting. HD digital rerstoration disc with added new special features.