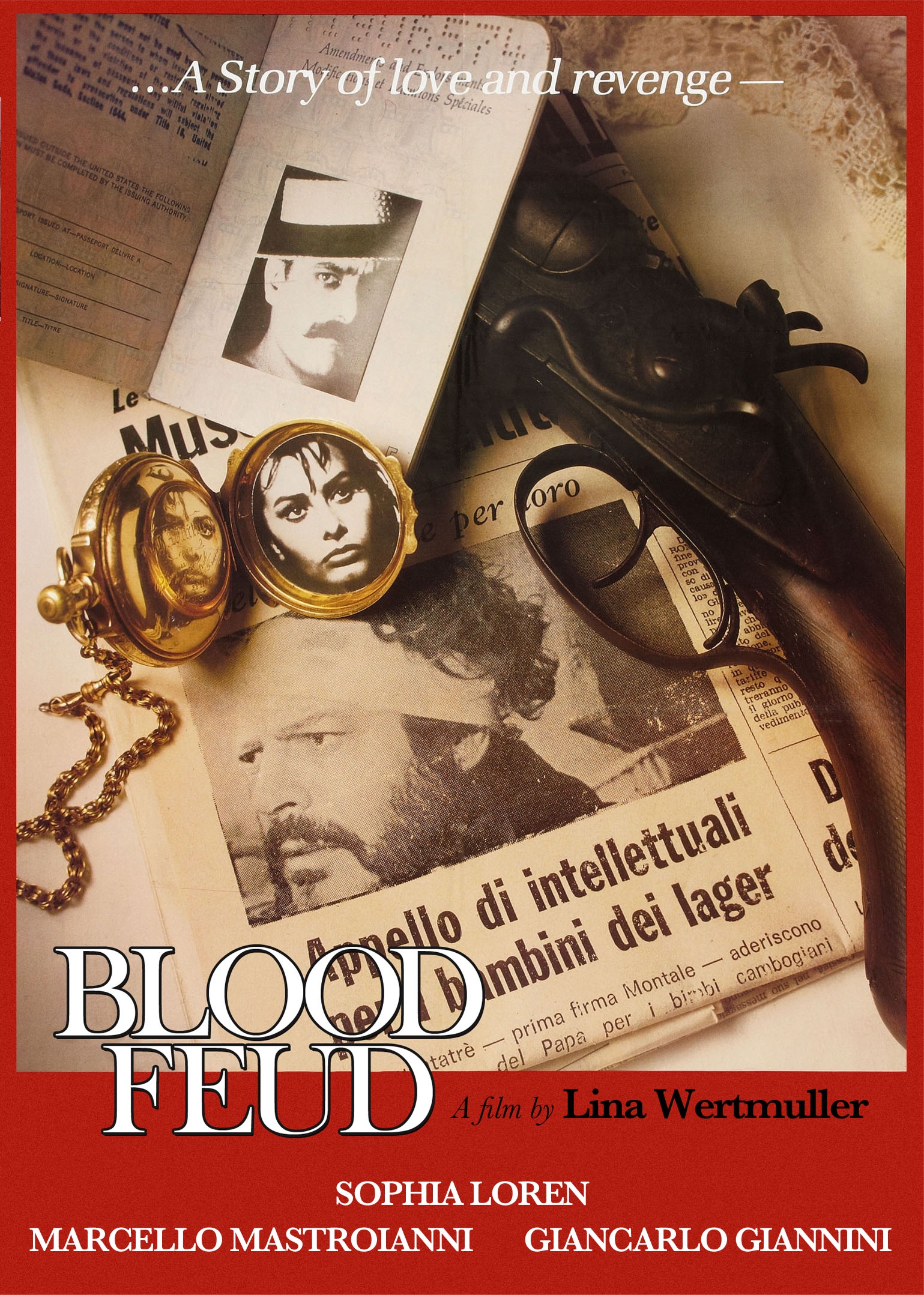 A passionate story of revenge, lust and love from acclaimed director Lina Wertmuller (Seven Beauties) set against the backdrop of World War II, Blood Feud tells of the struggle against the Sicilian Mafia, from the streets of Sicily to the tenements of New York. Titina (Sophia Loren, Two Women) is a happily married Sicilian housewife but, like so many others, is widowed early in life when her husband is brutally murdered by the Mafia. After spending ten years away, Spallone (Marcello Mastroianni, La Dolce Vita), returns home and falls in love with Titina. Also returning to avenge his cousin's death is Nick (Giancarlo Giannini, Swept Away), a small-time crook, who also falls for his cousin's widow. In the deadly game of love - as in war - there is always a winner and a loser.