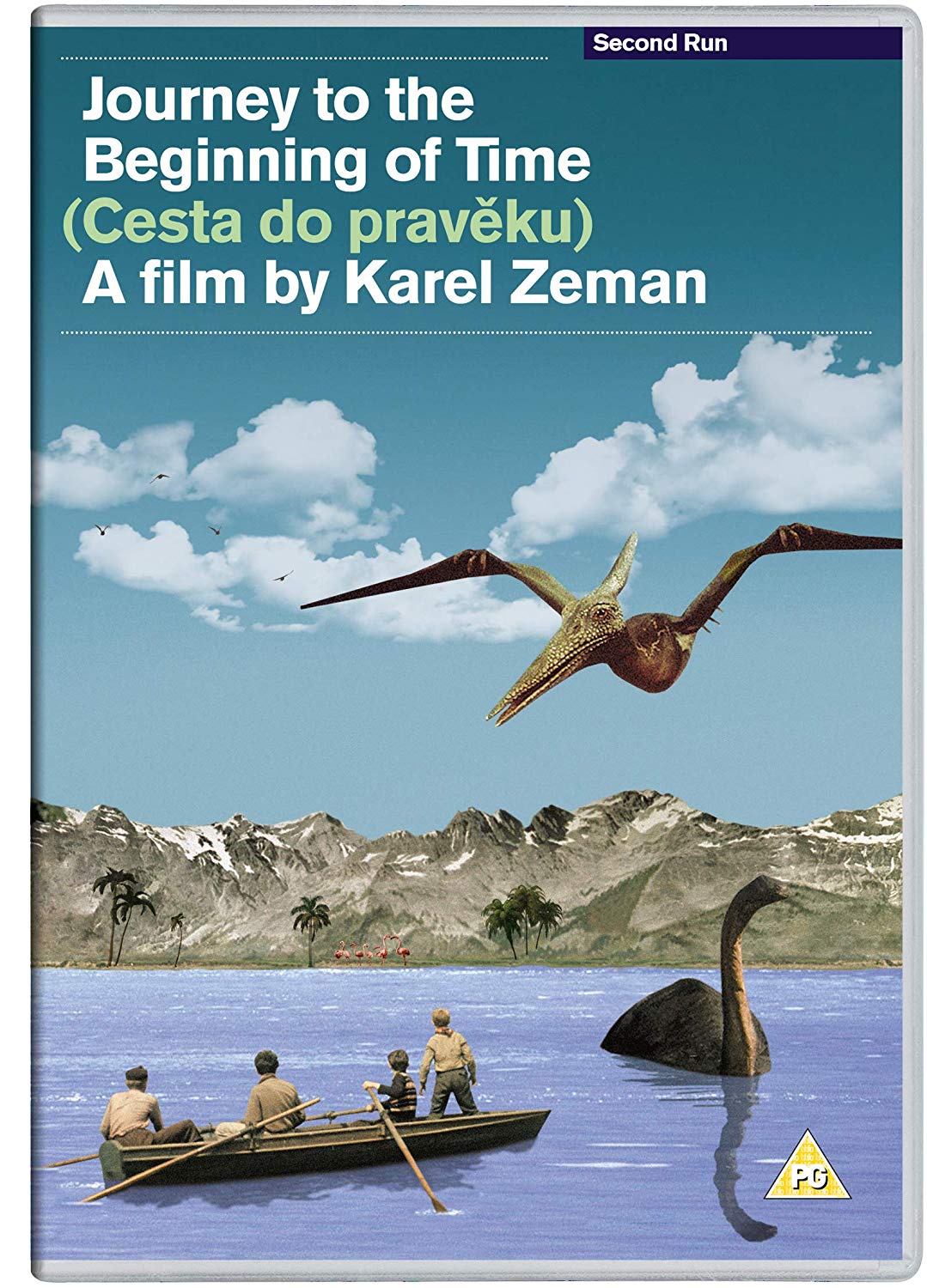 Journey to the Beginning of Time (region-free DVD)

Presented from a glorious new 4K restoration, Second Run are delighted to follow their hugely popular releases of The Fabulous Baron Munchausen and Invention for Destruction by the visionary Czech animator and filmmaker Karel Zeman, with his groundbreaking work of fantasy Journey to the Beginning of Time. A joyous adventure that celebrates science and nature, Journey to the Beginning of Time sends four schoolboys on an epic and perilous voyage through prehistory encountering mammoths, monsters and dinosaurs along the way. Using a variety of innovative techniques (cell animation, stop-motion, puppetry and animatronics) Zeman evokes worlds of wonder and discovery to produce his most beguiling work. Described as the Czech Méliès , Zeman has been a profound influence on generations of film artists from Jan vankmajer to Tim Burton, the Quay Brothers to Terry Gilliam and Wes Anderson. His innovations in the use of live-action and animation mark him as one of the great masters of 20th Century fantasy cinema, alongside his more celebrated Western counterparts Willis O'Brien, George Pal and Ray Harryhausen.